NAIROBI, Kenya, Jan 11 – National men’s basketball team Morans will be hoping their exploits this year will give them a high chance of being named the Team of the Year during the Safaricom Sports Personality of the Year (SOYA) gala set to be held in Mombasa on January 24.

The team that reached the final of the inaugural FIBA AfroCan tournament in Bamako, Mali will, however, face stiff competition from other men teams that also did extremely well this year.

Other teams that have also been nominated include KCB Bank rugby team and the Beach tennis team.

En-route to the final which they lost 61-82 to the Democratic Republic of Congo, Morans had beaten some of the top sides in the group stages.

Among some of the outstanding results they registered include beating Nigeria 81069 in the group stages, beating Ivory Coast 85-83 in the round of 16 before beating another top side

Tunisia 85-83 in the quarter-finals. Before going to Mali for the tournament, Morans had made history by beating Egypt in the Zone 5 tournament where they finished top to secure the ticket to play at the FIBA AfroCan tournament.

On their part Gor Mahia, successfully defended the KPL title with three matches to go, to win back-to-back title and a record 18th with 75 points when the league ended in May before the news season started in August.

They also became the first Kenyan team to reach the CAF Confederation Cup Quarter final stage after finishing second in Group D with nine points jointly with Zamalek who had a better goal difference.

Bandari who reclaimed the FKF Shield after beating Kariobangi Sharks in the finals before reached the playoff round in the CAF Confederation Cup for the first time ever will be hoping to beat Gor Mahia and Morans to the title.

The Mombasa-based side also reached the final of the SportPesa Cup, losing 1-0 to Kariobangi Sharks in the finals.

KCB RFC who were close to winning the team of the year last year, will be hoping it will be second time lucky for them this year.

Why Spurs Are Now The Better Team in North London 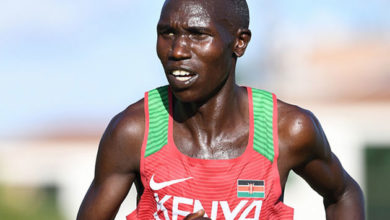